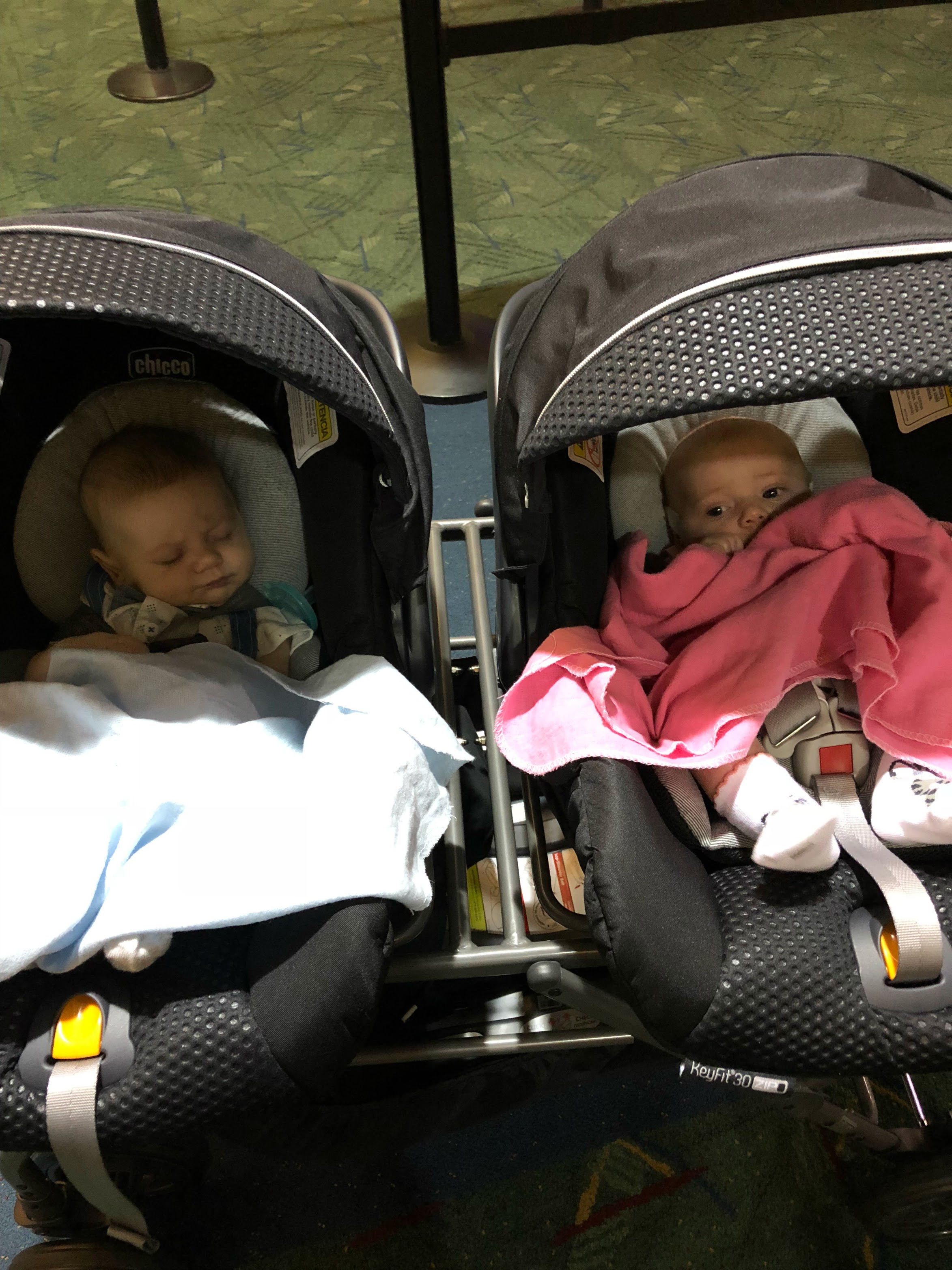 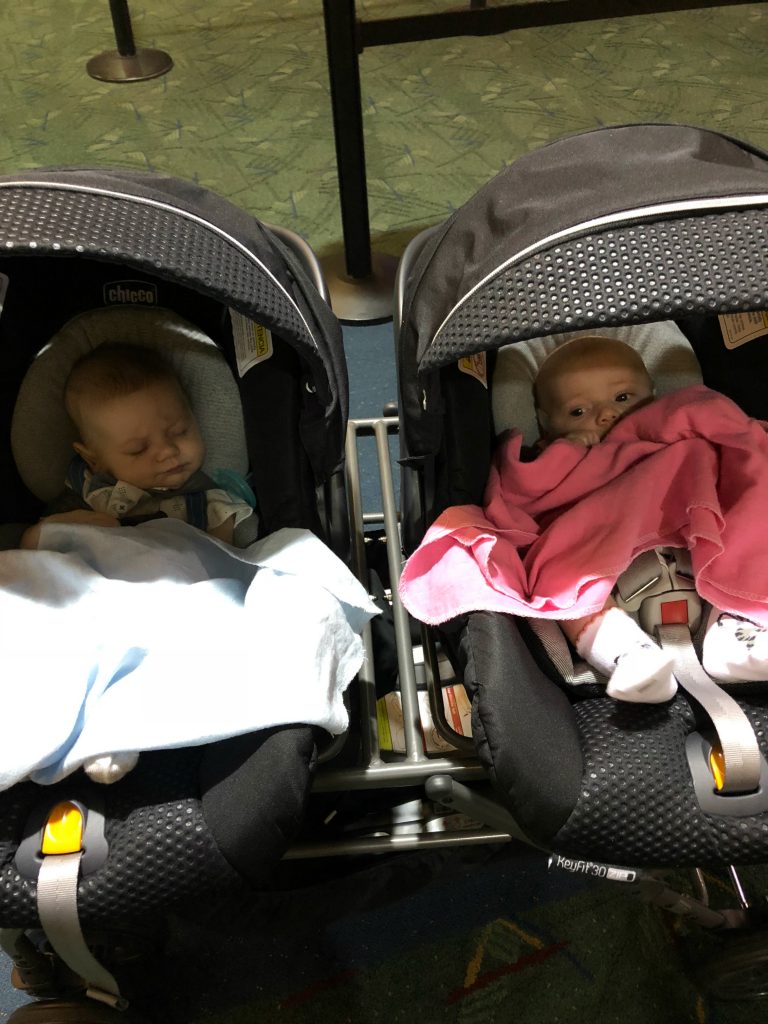 We had a great time in Indiana visiting with my family and showing off the twins.  Gwendolyn and Lawson watched their first feature, Cars 3.  This isn’t a review of that movie, but I will say that the movie is beautiful and tells a great story, even if it does take a little while to do it.

Hanging out with family was great.  Lots of coffee and everyone gushing over the babies.  We got a tour of my aunt and uncle’s somewhat new house.  It was a beautiful space.  After the last trip we made some adjustments to our arsenal.  We decided to bring along a sanitizer and soap for cleaning bottles.  The last trip we used those microwaveable bags which are supposed to work for several uses, but began melting the bottles after only a few.  In addition to the sanitizer we also brought great fold-able bassinets that are perfect for travel.  We also packed a lot less toys and books than we had for the last trip.  Sara also packed her pumping supplies like she did the last time, so she could continue to keep up on breast milk for Lawson.

Getting through security is never really a big challenge.  It’s a bit of a hassle, but most of the stress comes from not wanting to slow anybody down with all of our stuff.  To that end, we actually did pretty well.  We are good about having our stuff ready and following directions.  But it is a lot of stuff and it takes a little while to get it all back.  It sucks when you want to get all your stuff together and it’s piling up, but you can’t do anything about it until your stroller is returned from inspection.  Really though, the inconvenience is so minor and we basically had polite service.  The Indianapolis Airport was a exception though.  Some of the nicest people, but getting cleared took over a half hour.  Evidently here had been some question about Gwendolyn’s formula, which was dry.  At least they got the stroller back to us relatively fast so I was able to hook the car seats back in and gather up all of our other belongings without much delay.

Gwendolyn and Lawson had a lot of admirers.  Many people were telling us we are brave for traveling with them.  Again they had an exceptional flight.  I was so proud of how well behaved they were and I could not wait to introduce them to Walt Disney World!