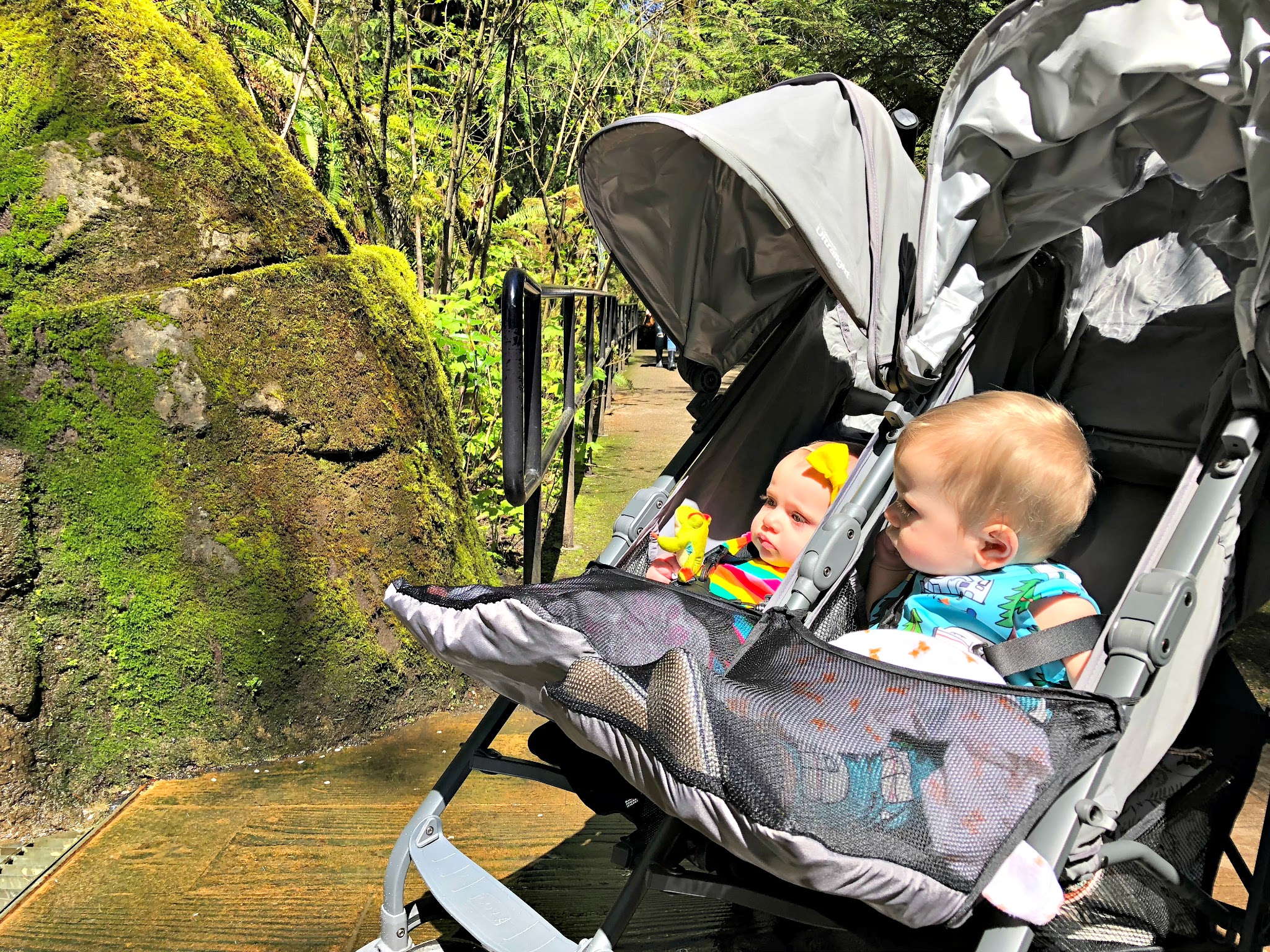 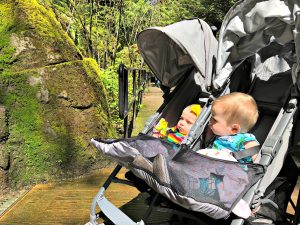 We went to the zoo again, but this time was really special.  We took turns letting Gwendolyn and Lawson out of the stroller, so they could experience more.  The zoo has theming, but there is a very specific focus on the animals and so far we haven’t been able to engage the twins with the exhibits at the zoo. 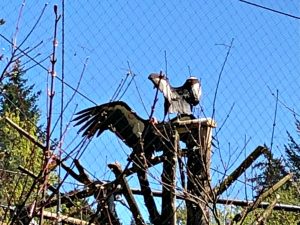 This time was very different.  It was also sunny and not too hot out, so it was perfect for a casual stroll.  It was very busy, even though it was mid week, and there were lots of other strollers, but I think that only really effected our enjoyment of the first section of the zoo, which is kind of narrow.  The Great Northwest is a shady trail that starts at the top, by the entrance.  The first exhibit is black bears.  As you wind down there are things to learn about salmon and things.  At the bottom are fish and birds.  This is also where the bald eagles are.

After this section is the condor habitat, which is the most recent addition.  Our zoo has been making big changes and is adding a new Polar Bear habitat by 2020.  The location is very close to the elephant habitat and the two are going to work together so that hot air is forced out of the polar bear habitat and into the Elephant habitat.

That was something we learned on the train.  Normally the train ride is longer and goes to the rose gardens, but the track is closed for repairs with no completion date set.  We were able to take a short trip on the train as a family and even that was really fun.  There is so much greenery and the conductor was informative.  He even went in depth on the trestle we crossed over after the track switch.  Gwendolyn watched from my lap and Lawson watched from Sara’s. 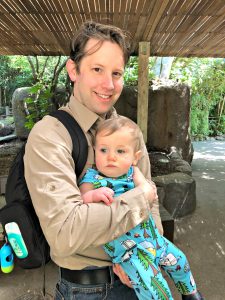 We were held up a bit when we left the petting zoo portion after the Great Northwest and the Condors.  This was the area where work was being done for the new polar bear pavilion.  We were planning to head toward the elephants when we were stopped by zoo personnel and told of a medical emergency.  We understood that we could not proceed in that direction, but everybody was just a little too excited about the situation to give clear directions.  we eventually got the information we needed and that was when we found the train station and decided to take a ride before stopping for lunch.

Picnic at the Zoo

It was time for the babies to eat so we stopped at some tables by the coffee shop to give them their bottles and have some of the healthy snacks we packed for the trip.  There was conveniently a companion restroom right next to us, so we got the diaper changes out of the way too.  While in the restroom, I noticed signage over the urinal warning that the water is reclaimed as a conservation effort and not to drink it.  So, that’s the reason.  otherwise, go for it.  I guess. 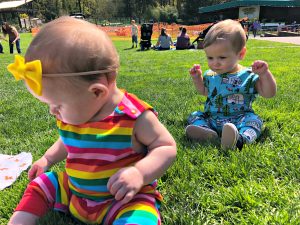 We went to the Africa portion from there and that’s when it really got fun for the twins.  They saw bats, flamingos, porcupines, lions, hyenas, giraffes and elephants.  I held them one at a time to give them each experiences.  We even let them stand at a couple of the habitats.  I think Lawson especially liked the flamingos, because he did not want to go back in his stroller after that.  Gwendolyn seemed partial to the porcupines.

When we reached the end, but before visiting the elephants and going back to the car, we found an open grassy spot to turn the babies loose.  They seemed to like the grass, but they would not crawl on it.  It was just a little too different.  Lawson kept testing it and changing his mind.  It was really cute.  I’m glad they got to see so much.  It was a big day for everybody.