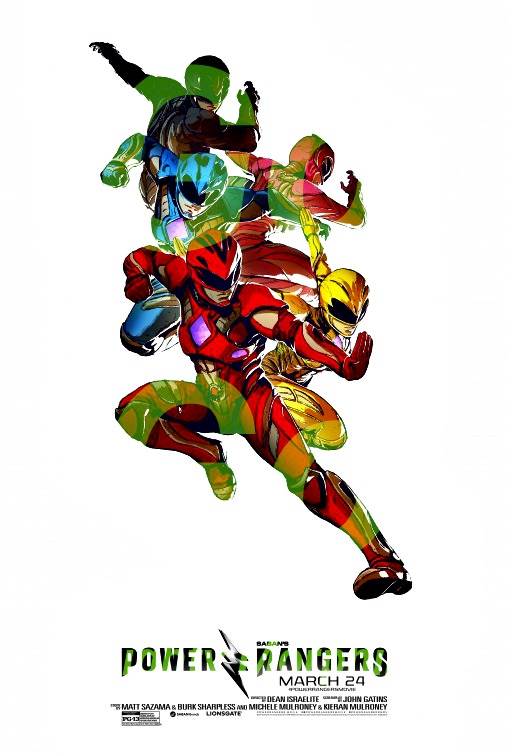 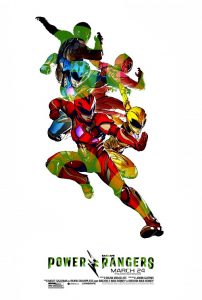 Sara and I found out the other night that the recent Power Rangers movie is already available to rent for free on Amazon Prime.  Not one to take this as any kind of an omen, I sprung at the chance to check it out.  I have been curious about where they would take the property.  I didn’t look at the rotten tomato score.  Amazon’s score was 6/10 which could go either way.  I don’t put much stock in Rotten Tomato either, but I like to know the score anyway.  At the moment Rotten Tomato has it at 44%.

That’s odd given the source material.  How do you come up with criteria for judging a movie based on the cheesiest most formulaic kids show of the nineties?  Back in the day, I watched a few Power Rangers Episodes.  I wasn’t really a fan, but I swear the theme song had some kind of subliminal message embedded that basically forced you to watch the whole rest of the show.  It was an occasional guilty pleasure.

I got the gist of it.  The show always seemed to play out the same way.  Rita sends putties to fight the MMPR.  The rangers beat them.  Rita makes a giant monster. The rangers call their words and assemble.  The Mega Zord vanquishes the monster.  The end.  The first Mighty Morphin’ Power Rangers movie in 1995 was appealing enough to me at the time of it’s release.  I saw it as an improvement, though some of the changes seemed arbitrary to me.

There is very little of that story I remember now.  There was a new villain and (I think) some kind of mind control plot involving ooze.  Now, more than 20 years later this new entry came out and I wanted to see what they’d do with the property.  It’s not on the same level as even the worst MCU movie, but it’s decent.  I think it strikes a good tone on how serious it is.  Visually, it has some great stuff.

Why I Liked the New Power Rangers

They kept the main elements of the Power Rangers, right up to the villain Rita Repulsa, who looked great/disturbing played by Elizabeth Banks.  They changed up the races of the rangers so their colors weren’t so on the nose, but I’m not sure much else was messed with.  I don’t know anything about what Power Rangers lore had been, or if their really was much of a backstory.  What I do know is that in this movie it is fleshed out to a pretty satisfactory level.  There is just enough that precedes the story to provide context to the present narrative.

The last act basically plays out as a much better looking version of the show I remember.  There fires hour and a half or so is a lot of character discovery and doesn’t feature much ranger action, so that may be where it lost some audience members.  I personally liked it and saw it for the first chapter it was intended to be.

The film follows a group of teen outcasts who are fated to meet and discover hidden coins that give them power.  From there, their curiosity leads them further into the mystery until they discover a spaceship and are introduced to the robot Alpha 5 (That familiar voice is Bill Hader), and Zordon.  There, they learn that they were chosen to be Power Rangers.  They are briefed on the coming threat of Rita to the planet and must train to unlock the power within.

In the process, they become a closely knit group and learn more about themselves and each other.  Meanwhile, Rita gets stronger in her quest for power and it looks as though destruction is unavoidable as she begins to lay waste to the young teams town.  I’m going to give away the end here.  When all hope seems lost, they learn how to morph and summon their words for a climactic battle.

There’s a little bit of The Breakfast Club and a little Jumanji. It has some Ninjago similarities.  It’s not extremely original, but I did like how they developed the lore and the visual effects and action were solid.  It was good world building, competently directed, and a decent introduction to these characters.  I will definitely be keeping up with this series as more movies are made.  It’s pretty good.

Thanks for your interest in my Power Rangers movie review.  For more movie reviews from Budget Savvy Dad, go here.