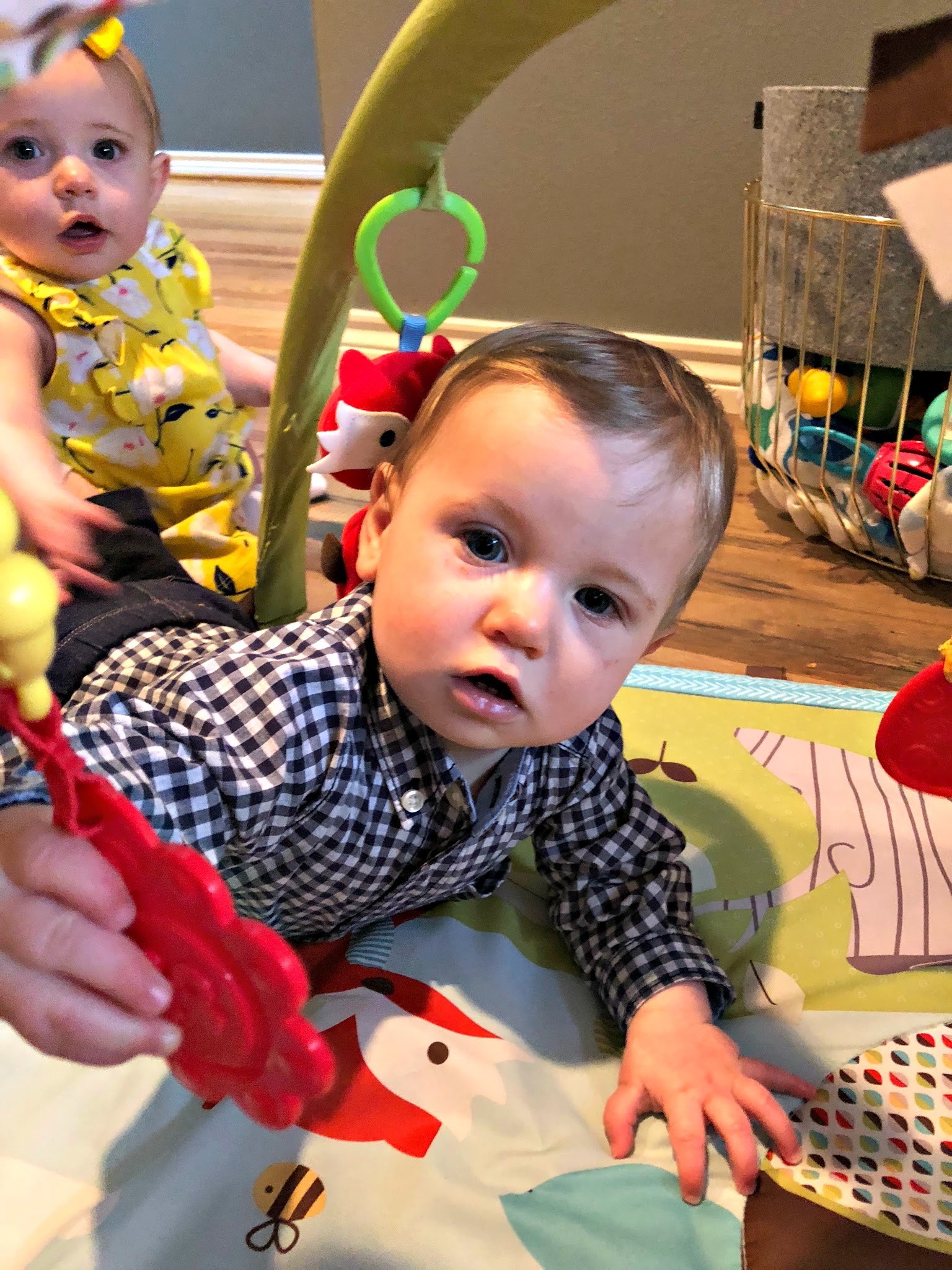 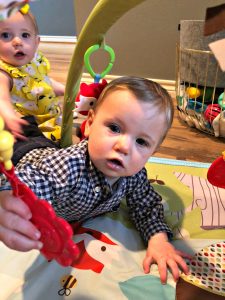 This is a very tiring stage.  I always knew this time would come, but was nowhere near ready for it.  Both of our babies zoom all over the place and need constant watching.  They can be penned up for brief periods, but don’t like it for long… and oh how they scream!  For the first time, I’m beginning to see recognition when they are doing something they shouldn’t be.

They roam almost everywhere in the house with the exception of a couple of doors we keep closed and the stairs.  We structure their days, of course.  Scheduled feeding and nap times anchor their daily program.  They have learning time, and some confined playtime within the play yard.  Other than that, there is still quite a bit of time where either we give them the attention they crave, or we have to get some work done and they are more or less on their own for entertainment.  These are the times when mischief occurs. 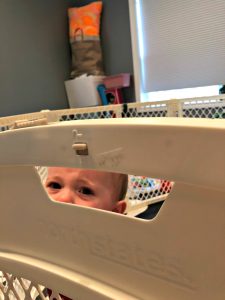 Gwendolyn in particular wants constant affection.  She prefers to be carried pretty much all the time.  On her own, she usually does alright for short periods and entertains herself with a toy.  Most often, she loses interest and seeks out me or her mother for some companionship.  It is very cute and usually she doesn’t get really fussy unless it’s time for a nap.  There are those times though where nothing makes her happy unless she is carried and I usually comply unless she really gets out of hand.

I am really proud of her though, because she is typically well behaved.  Gwendolyn can be a huge crybaby and it is so hard 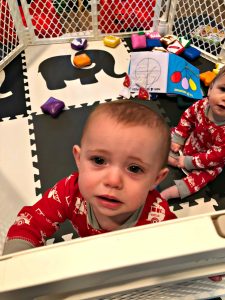 not to cave when she has tears running down her face, But these occurrences Much less frequent than they used to be.  She still sleeps through the night, which is awesome.  For a long time she didn’t.  So, we are happy about that.  If she gets in too much of a tizzy during the day she usually will go right to sleep within a few minutes of putting her down.

What is most remarkable and makes me so proud as a father is that when she does get into something that is off limits, she minds what I say.  She responds when I call her name and if I tell her not to do something, she obeys within a few times of speaking to her.  Every time I have to say no to her about something she wants to do, she listens to me.  That blows me away. 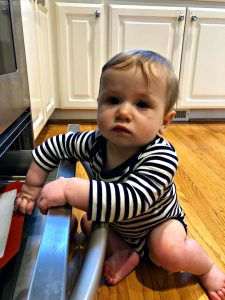 Lawson is another story.  He is very adventurous and is always getting into stuff.  I feel bad because often without knowing, he will go from one thing he is not supposed to do right to another.  I have to keep saying no to him and that must be frustrating.  Lawson responds when I call him too, and he knows what no is, but he doesn’t mind me like his sister does.  He definitely tries to get away with things he knows he’s not supposed to do also.

Lawson causes the most work because he requires intervention so often.  We are now struggling with how 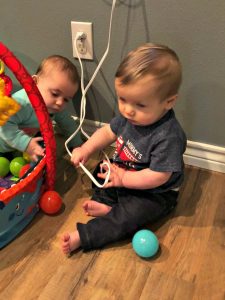 to show him that their are consequences.  We are not sure he is ready yet to understand that concept, but he also needs boundries.  He also tends to hurt Gwendolyn by not respecting her physical boundaries and he takes toys from her too, which I am constantly talking to him about.

We have settled on brief 5 minute time outs in their play yard when they do not do what they are told.  Hopefully, He’ll make a connection soon.  I always explain to him why both before and after putting him on time out.  That will hopefully help him to connect the behavior with the consequence.

I thought nap time was amazing before.  Now, after chasing them around all day, calming them, breaking up fights, etc. I need the break more than ever.  I love that they are growing, but this is the first time I have actually felt challenged by their individuality and I hope I can help to shape them positively in the coming months.

Thanks for reading.  For more parenting experiences go here.